Welcome from the Principal 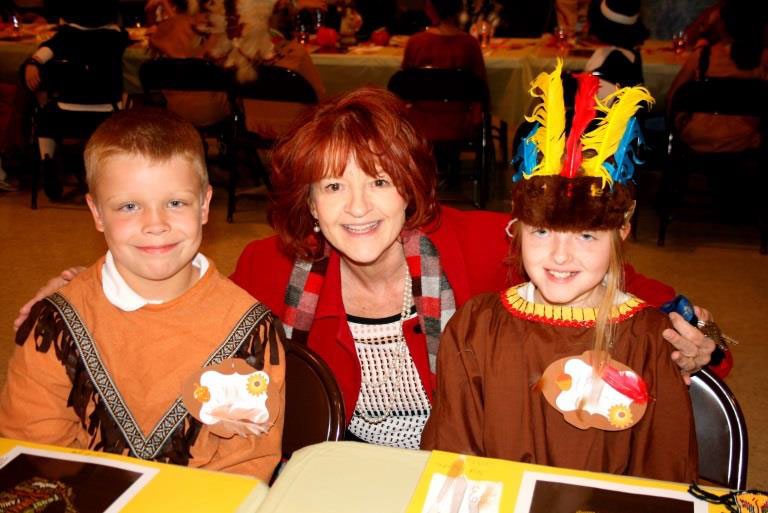 On behalf of the Immaculate Conception Grade School community, I just wanted to take this opportunity to welcome you to our website. As you may have heard, IC Grade School has an excellent reputation for educating children from Prekindergarten 3 through 8th grade. We were the very first Catholic grade school in Elmhurst and continue a longstanding tradition of educating children for more than 100 years.

Immaculate Conception Grade School merges a strong academic program with rich, Catholic faith formation to maximize each student's potential. Creating an environment of love, faith, and justice in which education can flourish is our priority. In addition, our athletic program and extracurricular activities provide other avenues where our students excel, build friendships, and grow together.

As a community, we are extremely proud of our graduates' achievements in high school, college, and beyond. Many return to share their gratitude for the high academic standards, strong faith formation, values, and sense of self-discipline that were instilled in them at ICGS.

I invite you to explore our website. To get an even better sense of who we are, please come and experience our school environment firsthand by calling our school office (630-530-3490) and scheduling a tour.

Thank you for your interest in Immaculate Conception Grade School. We are IC!

As an educational ministry of Immaculate Conception Parish, we partner with parents to prepare students for lives as Catholic leaders. As Christians empowered by the Holy Spirit, we focus on formation through prayer, message, concern, and service to community. We teach students to live a life that embodies these values, is centered in Christ, and strives for their greatest academic potential. They will experience a world around them rich in God’s love.

Immaculate Conception Grade School merges a strong academic program with rich faith formation to maximize each student’s potential. All students are encouraged to develop their faith through devotion to the values that strengthen our Christian life – to know the gospel message of Jesus, to deepen our connection to Our Father through worship, to celebrate our faith with others through community, and to share God’s love with others through service.

ICGS works to support growth through a program attending to the whole child. While students are challenged to meet high academic expectations, we also recognize and cherish each child as unique and look to their individual needs. Creating an environment of love, faith, and justice in which education can flourish is our priority.

The school staff works as a part of a team with parents and parish ministers to guide our students to learn and grow. As a team, we place our emphasis on the students’ acceptance of responsibility as strong Catholics. Further, in recognizing our parents as primary educators, ICGS is proud to support their efforts to instill in their children Christ-like attitudes and virtues.

Immaculate Conception is the oldest Catholic parish in Elmhurst.  It was officially founded in 1876, but its roots date back to 1862 when it was first established as Cottage Hill Mission.  At that time, narrow cow paths and wagon roads crossed a treeless prairie.  The nucleus of the small community consisted of a few farms, several large estates, and a little cluster of homes around the water and fuel stop of the Galena Railway. There were only forty nine homes in the village, mostly scattered along York Road, and there were fewer than twenty Catholic families in the whole area.

St. Mary’s Church was built in 1863 on York Road near Church Street.  It was the first church built in the area. In 1898, fire completely gutted St. Mary’s Church.  Instead of rebuilding on the same piece of property, a large plot further south was purchased where it was possible to build not only a church and a rectory, but also a one-room school with living quarters above for the Sisters of St. Agnes (of  Fond du Lac, Wisconsin) who had been recruited to teach.  Immaculate Conception Grade School opened in 1900 with an enrollment of forty pupils in all eight grades and was staffed by two Sisters and a postulate.  Classes were taught in German.  In two years, the number of pupils increased so that it was necessary to add two more rooms in the rear of the schoolhouse.

When Father David McDonald became Pastor in 1916, he learned from church records in Chicago that the original title of the parish was Immaculate Conception.  The name St. Mary’s had been used because it was more familiar to the early German residents.  When the American Bishops dedicated the United States to the patronage of the Immaculate Conception in 1916, the pastor saw this as an opportunity to reinstate the original name of the parish.  Father McDonald recognized the need for expansion of the school and bought the present property on the corner of York and Arthur Streets.  His successor, Father Patrick J. Hennessy built a school and hall on the corner.  It was used as a parish building up until the time it was destroyed by fire in 1946.

The present Immaculate Conception Church and Grade School was built next to the hall on Arthur Street in 1929.  Father John Foley (1924-1932) thought it best to build a combined church and school building.  Immaculate Conception Church is located on the ground floor.  Eight classrooms were completed on the second floor, with an unfinished third floor.  The third floor was completed in 1936 to be used for High School classes until 1953 when the parish was granted a loan from the Diocese of Joliet for the building of a new high school building at 217 Cottage Hill Avenue.  In 1957, eight additional classrooms were added to the grade school building.  In 1961 a Parish Center was erected on the corner of York and Arthur consisting of a gymnasium, a parish meeting hall and kitchen, several smaller meeting rooms, and an 800 seat worship space named Sacred Heart Chapel.

The ICGS School Board, an advisory board, meets on the first Monday of every other month from September through June. School Board committees will meet during the weeks in between. In addition to a November meeting, the board attends the “Partners in Education” program hosted by the Diocese of Joliet. If a holiday or school vacation falls on the first Monday of the month, Board meetings are scheduled for the following Monday or a Tuesday. Meetings begin at 6:30 pm in the Dyer Resource Room, located in the Parish Administration Center (PAC) at 134 Arthur Street (or via Zoom if necessary). School Board members are expected to attend all meetings.

The ICGS School Board sponsors the school’s fall informational/recruitment event and the “Annual Appeal.” The appeal was originally put in place by the School Board in 1993 in order to move beyond simply paying ICGS’ operating expenses. This highly successful fundraising tool allows the School Board to continuously look to the future and enhance ICGS in ways that would otherwise be impossible. The Annual Appeal has raised funds for projects including the renovated classrooms and locker rooms, the additional Preschool room, the playground, security cameras and doors, fire safety improvements, the dedicated Math/Science/Tech Lab, the library, and the list goes on.

Parish Christmas Tree Lot-starts mid November and runs through December.  Men of 1900 Club staff the tree lot to raise funds for the Parish

Campus Clean-Up - Held in May or June. With the help of 6-8th grade student to clean up Parish Grounds.

ICGS Fathers created the 1900 CLUB for fellowship and fundraising in support of ICGS, which has been going strong since the year 1900.
All current and former ICGS Dads are automatic members.

Email us at [email protected] if you are interested have any questions regarding these events, thank you!